Chat Line Tricks To Sound Hotter Over the Phone 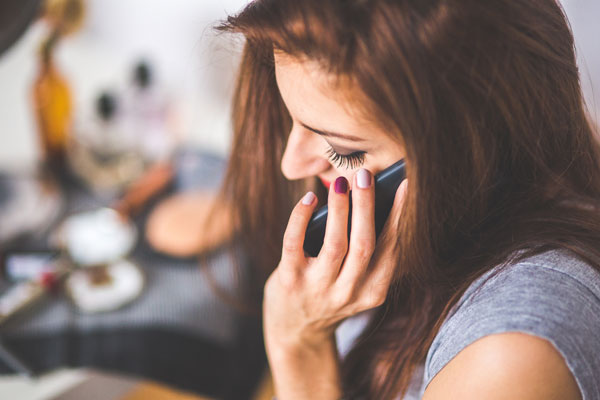 In the chat line universe, your voice is your most valuable tool. For some, sounding desirable on the phone comes naturally; however, if you lack a sexy phone voice, there is hope! Sounding sexy on the phone is something that can be easily learned and practiced. Based on basic psychology and traits that prove to be universally attractive to others, we’ve created a list of tips on how to sound irresistible on the phone!

Obviously, what you decide to talk about is going to contribute to your overall sexiness. So, what makes some sexy topics? You can dive in head-first if you choose, and plunge into dirty talk to get your match going, or you can ease into the conversation with some mystery. Diving into a sexy conversation is pretty easy to figure out; however, building up to it can be tricky. Poking some light fun at your match or simply asking them questions in a flirty way are both great ways to move the conversation in a juicy direction. Talk about getting sweaty at the gym, feeling ‘cuddly’ in your PJs, or the fact that you’re dying to take a dip in a hot tub. Truthfully, if you are even being a tiny bit flirty, the conversation will build naturally. Theoretically, almost any subject goes. We suggest speaking about positive subjects only and leaving behind any negativity. Don’t start off an interaction talking about politics, your failures, or anything that would make you or the match feel depressed.

You may be surprised to know that a lower register spices up the voices of both men and women. Men with a deep, low voice are often interpreted as protectors. There is definitely some psychology behind this, but it’s thought to be mainly a socially-influenced assumption. However, a low voice does provide some signals that have legitimate reasonings. A low register signals that a person is calm, relaxed, and self-assured. It adds an element of Zen in a way that is subliminal. When ease acts as a foundation for a conversation, the chatting runs smoother for both people involved. Alternatively, if a person has a high-pitched uneven voice, the person on the other end of the phone is likely to determine that the high-pitch is a sign of nervousness and anxiety.

Speaking of Zen, try to relax before you call into a chat line. Why? Well, rushed speaking easily suggests anxiety and will disrupt the peace within a conversation. It’s much better to take your time, pace out your words, and speak both intelligently and calmly to the person on the other end.

Whispering is so sexy because it is so strongly tied to secrecy. Secrecy is sexy because it is tied to sex. Pretty simple. Of course, when we say ‘whisper,’ we mean speak softly, but not so softly that the other person can’t hear you. Even if you are alone in the room and there is no need to whisper, it will still turn on your match. And, don’t whisper every little thing. You can selectively lower your voice during sexy parts of the conversation. For example, if you are talking about needing to take a shower, you can subsequently whisper, “I wish you could join me.” It will perk up your match and feel like your own little secret.

Laughing over the phone allows someone to visualize your smile through the phone, which is always sexy. Don’t force a cackle, but giggle every now and then when it is appropriate. They say laughter is contagious and it is, even over the phone! So if you begin to giggle, you are going to make your match laugh as well. It amps up the flirt levels within the conversation and increases the happiness of your match, which is always good.

So, now that you have some tricks up your sleeve as to how to sound sexy on the phone, take some time to practice in front of the mirror or with a good friend. It can sound silly, but we suggest taking the time to do it so that you sound natural when you actually talk to a match!