By Brad Jeffries on September 29th, 2020 in Chat LinesDating 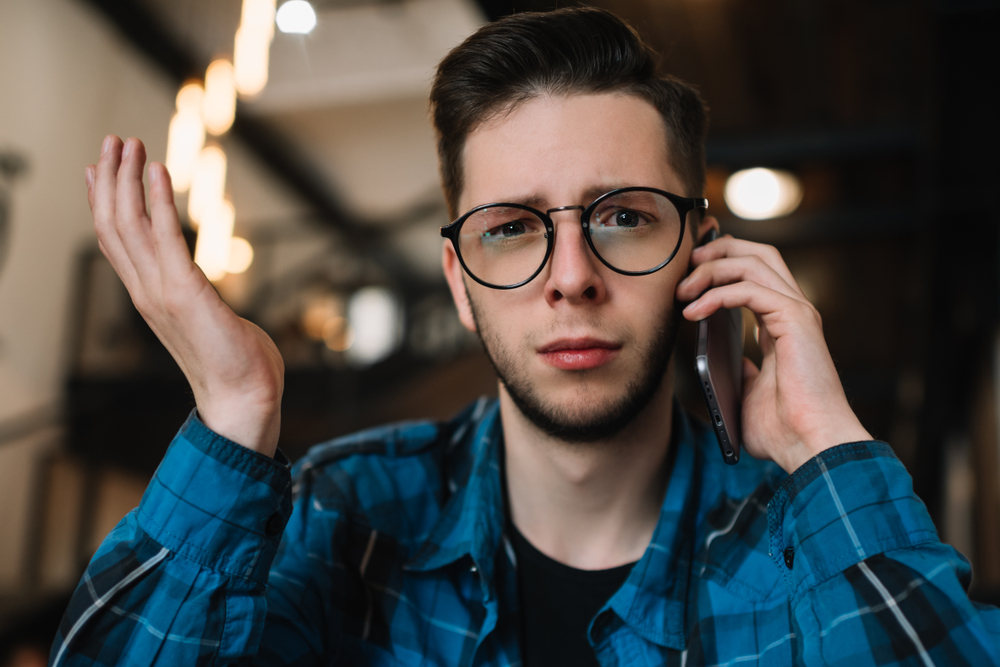 There’s a myth out there that men are less emotional than women. They are stoic, strong figures who rarely shed a tear. Perhaps men do cry less than women, but that doesn’t mean that the emotions are there. Society teaches men to conceal their true feelings, often to the point of burying them so deep beneath the surface that they can’t be found. This makes it difficult for men to express what they are feeling and speak their truths. Maybe it’s what society has demanded of men, but it sure makes dating them difficult. On gay chat lines, where emotional cues are even further blurred by the fact that you aren’t dating face-to-face, this inability to express true emotion poses a huge problem in regards to connectivity. It begs the question, how can you ever tell if a guy likes you on a phone chat date?

You’ll want to break out the magnifying glass for this one, because it’s going to take a little bit of detective work. But don’t worry, it’s not like you’ll have to turn into Indiana Jones (although that would make for a fun role-play scenario).  You’ve just got to be prepared to do a bit of digging, stay on high-alert for clues, and be willing to get vulnerable yourself. The good news is that the fact that your chat crush is even calling a gay chat line is a great sign. It’s half the battle because it means that they are looking for a relationship and also seeking a safe space in which to express themselves. Gay men and bi men often feel that chat lines are a safe haven where they can express themselves a little more freely. Even if you can’t see it, your chat line match is likely trying to express his emotions to you. But you’re reading this article because the signs are unclear, so here are some ways to tell if a guy likes you on a gay chat line.

He tries to make you laugh

Men who are romantically interested in other men (or women for that matter) will often try to seduce through humor. Men specifically have been taught that the funny man is the one who often wins. If your chat line crush is constantly throwing jokes around, even if they poke fun at you a bit, it’s likely because he is trying to impress you or get your attention. Don’t mistake insult slinging for witty banter though, but also don’t take witty banter too personally. Even if your guy isn’t necessarily funny or his jokes don’t always land, the important thing to note is that he is trying. Laughter is a gateway to the heart, and there’s a very good chance he knows that. So whether he’s telling dad jokes, or daddy jokes, it’s a pretty good sign.

He asks a lot of questions

When someone asks a lot of questions, it’s because they either want to get to know you or want to keep you on the phone. Both of these imply that the person doing the asking is interested in investing time and energy into you. Bonus points if the questions are deep and personal. If your phone date guy asks you questions all the time, take that to mean that he likes you. When you answer them, make sure to open up a little so that he knows you’re comfortable with him. It’s also a good idea to ask him meaningful questions in return.

He tells you secrets

Secrets are a verbal form of intimacy and are very prevalent in phone relationships. It’s a way of showing someone that you trust them, and trust is a key component of a great, healthy, and long-lasting relationship. When your chat line date tells you secrets, take it to mean that he is laying the groundwork for something long term, and take satisfaction in the fact that he trusts you enough to share that kind of personal information. When a chat line date tells you his secrets, make sure to never make him feel judged for telling you. That’s when the line of trust is severed, and you don’t want that. Instead, make him feel as if you are his person, a safe dwelling where he can peacefully be himself. As men often struggle with vulnerability, this is a giant positive sign.

He articulates his interest

This should be the clearest indicator of mutual feelings, but some people still doubt the validity! If he says he likes you, trust that he is telling you the truth. Each compliment he gives you, or every time he expresses feelings of lust, gratitude, or even love, you’ve got to take it at face value. People don’t jump on chat lines to waste another person’s time with fake feelings or leading them on. Usually, they are there for the right reasons. If your man hasn’t told you that he’s into you yet, it could just be because he is nervous. If you want to ask him about how he feels, do it by being the bigger man. Instead of just asking, tell him you like him first. The question then becomes, Do you like me too? which is much easier for a shy guy to answer!

(If you like this, you’ll love GuySpy Voice vs. The System: Which is better for gay phone chat?)