The Best Chat Line Pickup Lines for The Funny Guys

By Brad Jeffries on October 9th, 2019 in Chat Lines 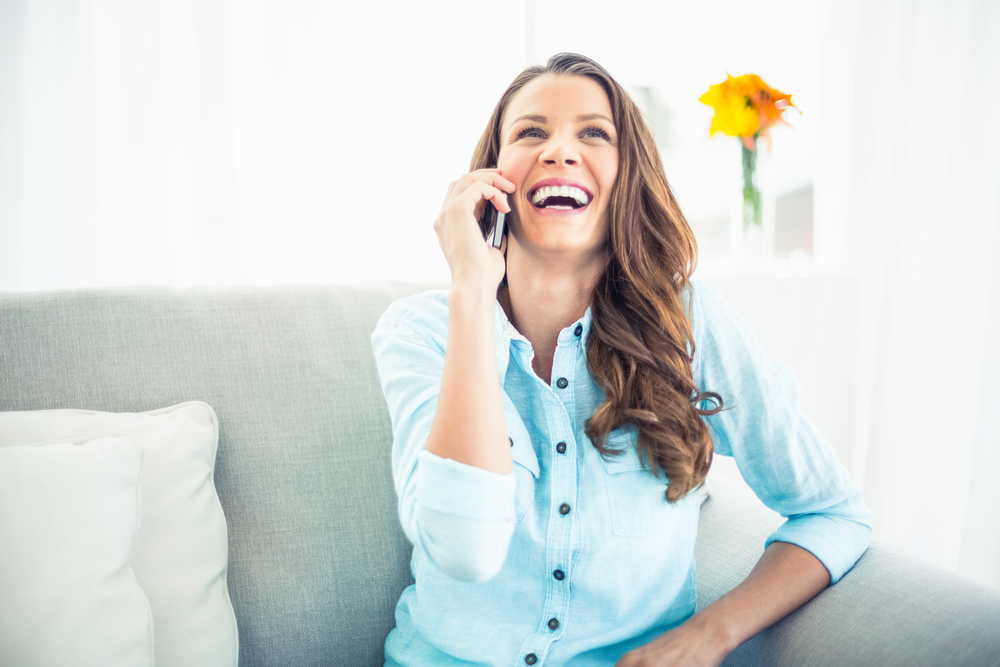 The class clown, the jokester, the funny guy. Do these sound like you? If so, consider yourself very lucky. Having a sense of humor and an ability to make others laugh is a huge gift in life. It allows you to put others at ease and bring good energy to any situation. And, while we’re obsessed with the funny guy, sometimes it doesn’t totally translate perfectly over a chat line. Why? First, chat lines are pretty new when it comes to ways to find a soulmate. The people trying them out are likely a bit shy, seriously looking for love, and potentially nervous to be trying something new. While humor puts some of those people in a comfortable place, it often makes others even more nervous. It can completely put the other person off and start out a relationship (or lack thereof) on the wrong foot. And, because it’s dating over the phone, there isn’t a way for you to indicate physically or verbally that you are joking when you make a silly sarcastic comment. More than that, because women who talk on chat lines are hoping to find ‘the one,’ she might not take you seriously! We’re not suggesting that you give up the schtick. We’re simply saying that there are careful and productive ways to dive into a chat line relationship while still being your funny self! We’ve come up with ways for you to still be the funny guy and get the girl!

Here’s the thing, the ‘funny guy’ only works if the jokes aren’t corny. However, there is an exception, and it’s the ironically corny joke. There are some silly pick up lines that are so overused, so silly, and so lame, that using them ironically is actually funnier than the line itself. If the girl on the other line is smart, she’ll pick up on that and you’ll be totally in. For example, you can use the “So, did it hurt?” Hopefully, she’ll know that this is the ‘fall from heaven’ joke, and immediately join in on the fun. She may respond with something like, “You can’t be serious,” to which you can employ your superb witty banter with her. It’s a great way to break the ice while acknowledging how challenging dating can be.

We lied. There’s one other way to use the corny joke, and it’s called the corny twist. It’s when you begin with a corny joke and throw a curveball her way at the end. It’s kind of risky as it may not play as perfectly as you plan, but if it does, then you know the girl is a keeper and can hang with a funny guy. For example, let’s say you find a girl who seems sweet, but in her greeting she mentions all these really badass things she loves to do and sounds a little bit dangerous. You can use the “Are you a parking ticket?” line, followed by “because you’ve got fine written all over you… and you’ll probably get me landed in jail.” Normally, the joke would end with telling the girl that she’s fine. But, with the plot twist, you get to tease her a little bit about maybe sounding kind of crazy. It works because it breaks the ice and shows that you are clever enough to make something witty when it’s normally otherwise corny.

Ok, we love chat lines, but we know that no form of dating is ever easy. Bonding over difficult things in a lighthearted and funny manner is a great way to break the ice. You can start the conversation by joking about one of the craziest chat line encounters you’ve had, and poke fun at the lovely but slightly ridiculous process. You can comment that you be the Jetsons never knew that this was going to be the future of dating, or that you’ve been working on making your voice sound super sexy so that you can get all the ladies on a chat line. It has to be lighthearted, which shouldn’t be hard for you as the funny guy, and encourage camaraderie over the trials and tribulations of chat line dating. Hopefully, the girl will be in agreement and tell some of her own funny stories about the process. It’s a nice lead-in for a long healthy conversation on a chat line.

If you are the sarcastic flirter, this might be the way to go for you. The greeting teaser is the guy who hears a woman’s greeting, picks up on something that he could poke some gentle fun at, and breaks the ice that way. It works, because it means that you paid attention. However, it’s very tricky because whatever you tease has to be anything but personal and needs to imply that you think it’s cute rather than lame. You never want to put a girl down, that’s a horrifying way to start something with someone. However, let’s say within the greeting, she makes a comment about how she loves a good adrenaline rush, and would like to try sky diving on a date. You can poke fun at her gently by asking, “So, do you love watching guys fear for their lives on a first date?” It’s a way to tease without being cruel or putting the other girl down. If done properly in a sweet (and not condescending) tone, it’ll make her laugh and flirt back with you.

(If you like this article, you’ll love Chat Line Tricks to Sound Hotter Over The Phone)