Why Chat Lines Are Great If You Just Got Dumped

By Brad Jeffries on June 25th, 2020 in Chat LinesDating 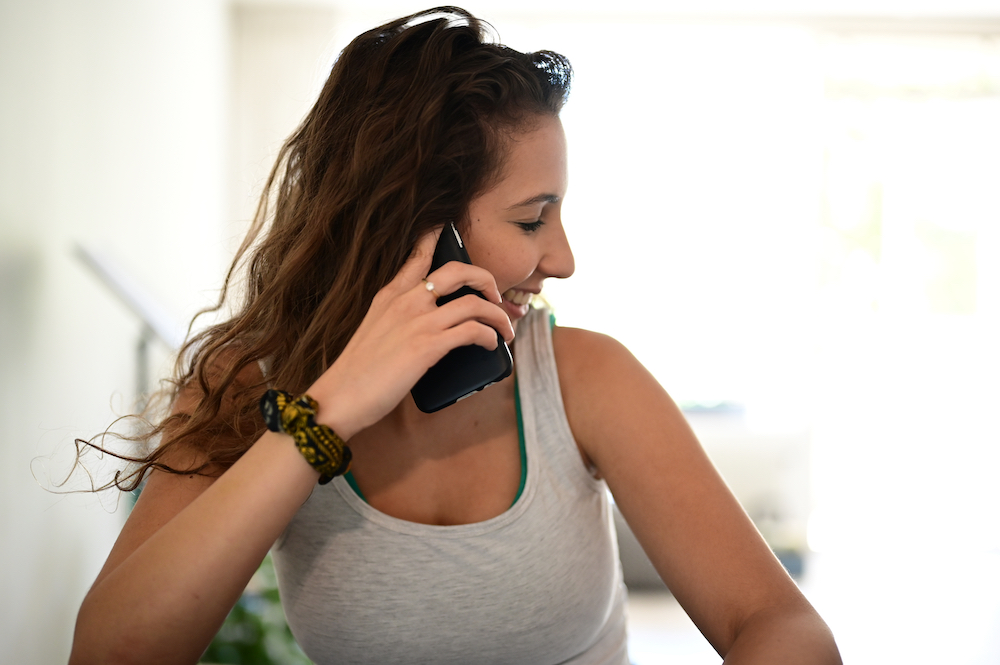 Breakups are hard and they hurt like hell. You know the feeling. You can’t stop thinking about the great times with your ex, putting him/her on a pedestal and, despite your best efforts, they seem to occupy your heart and your mind all day long. The worst part is that you never know when this empty feeling is going to end. A fresh breakup is like a cut that won’t stop bleeding and there don’t seem to be any bandaids in sight. Although, we do try to mend the wound. Maybe you hit your freezer for some ice cream, maybe you cry to some friends over drinks, or maybe… just maybe… you call a chat line. Of all the ways to heal after a breakup, calling a chat line seems to be the one with the least amount of risk or post-icecream-binge-guilt.

Why would you call a chat line when you’ve just been dumped? Great question. Before I get into that, I want you to think about dating the conventional way right after a breakup. Usually, people find themselves sadly wandering bars for rebounds. How depressing is that? And, even if you do meet someone great while on the rebound train, it still feels depressing because nobody measures up to your ex. Maybe someone sets you up on a date instead and you get all dressed up. You might even spend some cash on a new outfit. Only, when you arrive on the date, you realize that you put in all that effort for someone you aren’t into. Back in the day, maybe these were your only options. But today, in the digital age, phone dating is the way to go right after a breakup!

Here’s what makes it awesome. What you miss most about your ex is likely the conversation more than anything. You were able to get deep with someone who knew you and wanted to talk to you on a personal level. What tends to make dating so exhausting is the amount of time spent engaging in menial conversation to be polite and pass the time. With chat line dating, you can skip the chit-chat and get right to the good stuff. Everyone who calls in to chat lines is interested in getting to know the real you. Everyone, more or less, is in the same boat and they are seeking a deep, meaningful connection. Phone dating is like skipping the proverbial dating line, bypassing the pleasantries and getting right down to the heart of it. You can even talk to callers and matches about your ex if you want because chat lines are built for friendships too! Plus, your friends are probably tired of hearing about your ex, which never feels good. So it’s a great way to have meaningful dialogues with people, build friendships, and totally be yourself! But wait – there’s more…

When on a dinner date, you don’t have the ability to just leave if the date gets awkward or boring. Imagine though how funny it would be if that was a totally normal thing to do: Just cutting a date short and bouncing because you feel like it? Honestly, it doesn’t sound too bad. And, through the awesome world of chat line dating, you are absolutely able to do it! It’s like speed dating, but over the phone. If someone pisses you off, you don’t need to keep engaging. It’s an unspoken rule within chat line dating that if the chemistry isn’t there, it’s kosher to move on. With big chat line platforms such as Livelinks, you can literally sift through hundreds of random phone chat singles if you wanted to. It’s our guess though that you are going to meet someone you are really into.

Now, you might be thinking to yourself, This sounds a lot like app dating, why not try that? There are some major differences between app dating and phone dating that makes people lean towards the latter. The thing about app dating is that it can get old very fast. This is because there is a lack of that human connection that was mentioned earlier. It’s a very vapid and surface-level way to meet someone because it’s based on their pictures rather than their conversation skills. Plus, getting into a message-dialogue with someone else on an app feels a little bit like drunk rebound dating at a bar. Nobody really cares or believes what they are saying to each other and it’s all very quick and fleeting. The effort required for chat line dating is what changes the game. You’ve got to create a greeting and listen to the sound of someone’s voice before you decide if they are a match. Then, you’ve got to do some real-life talking rather than just scribbling messages on a phone that you can edit. The value in hearing someone’s actual voice is paramount in the ability to form a real, non-flaky connection with someone who can help you get over your ex.

Basically, when you are going through a break up, a chat line is a great option because it requires minimal effort (you can literally do it in your boxers) but not so minimal that the connections feel lost or pointless.

(If you like this, you’ll love Dreaming About A Chat Line Ex: What Does It Mean?)